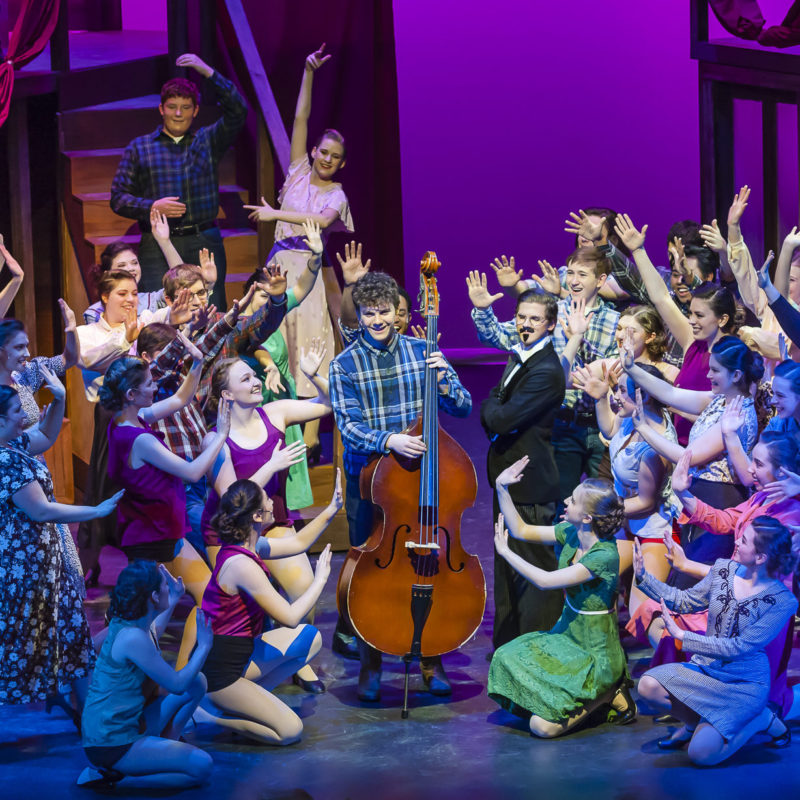 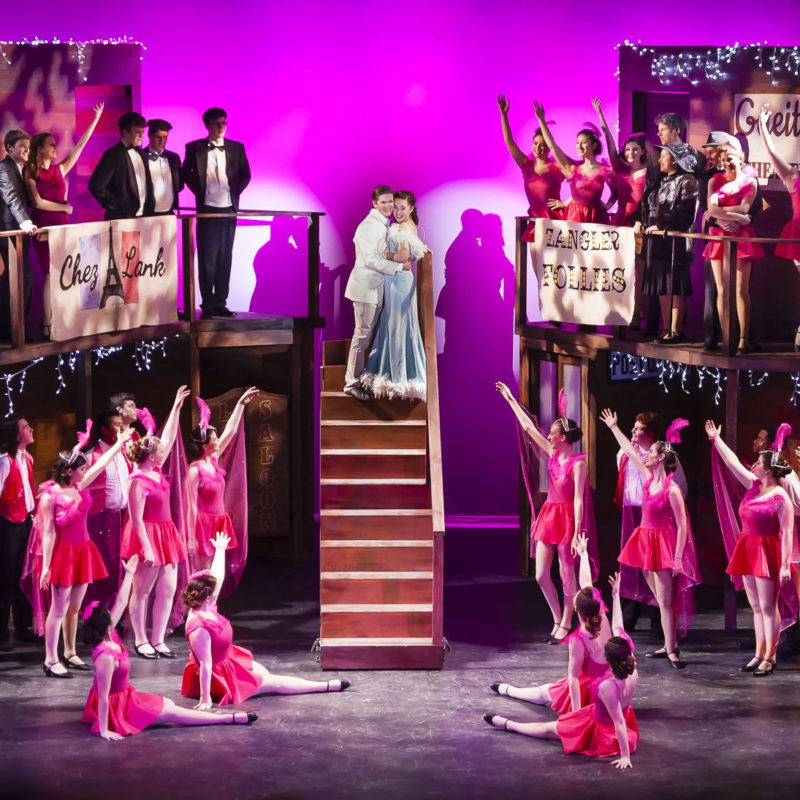 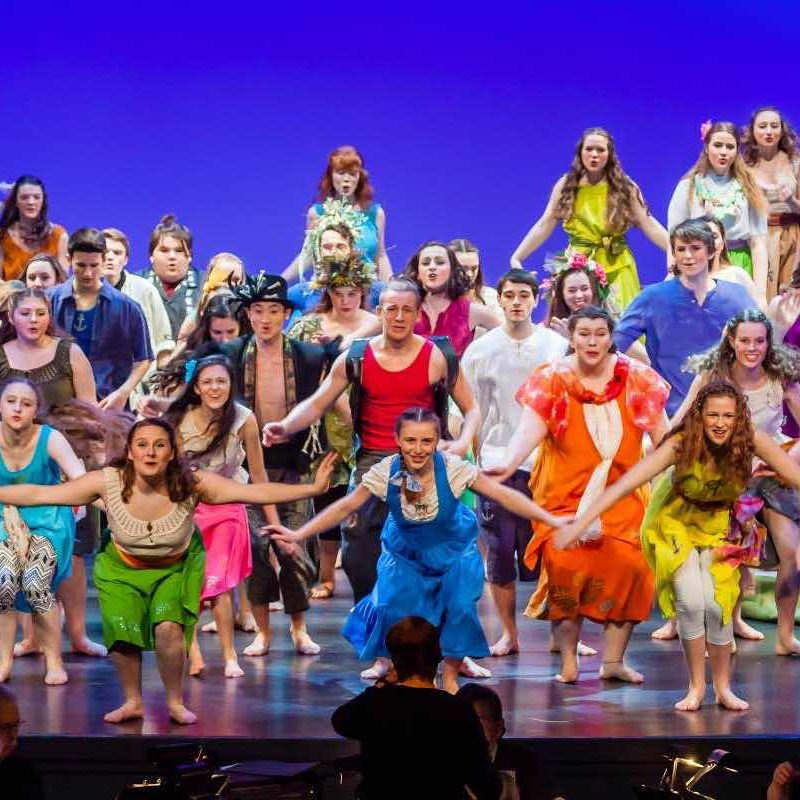 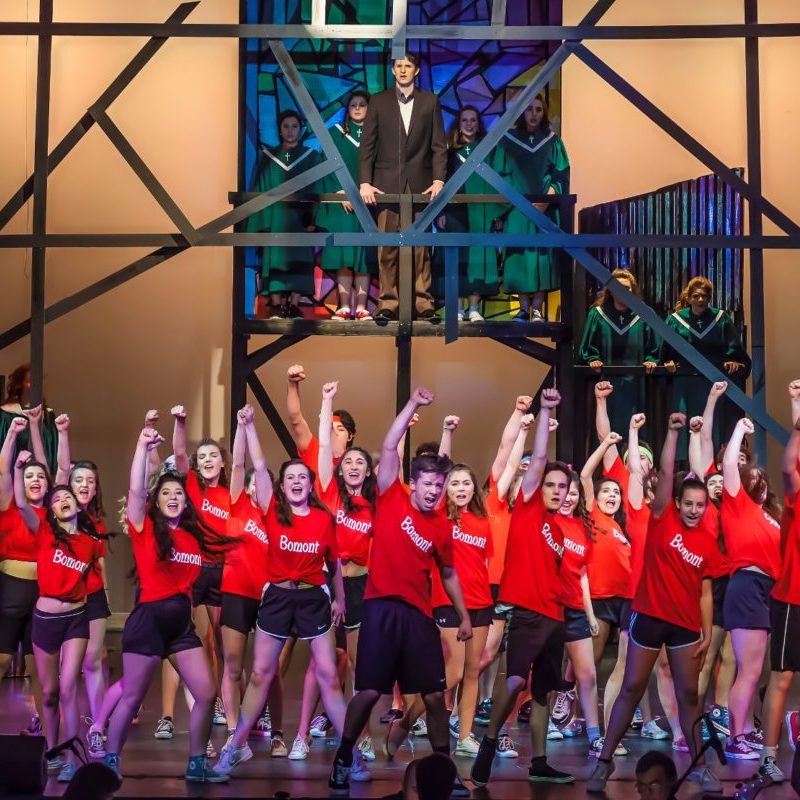 What is NCCT Teens?

NCCT Teens is a branch of North Country Community Theatre (NCCT), a non-profit organization that has been producing community theater since 1973. In 1994, NCCT launched its first teen production, Tom Sawyer, with 30 area youth. Since then, NCCT has produced a teen musical show each winter with an average of 60 teens from up to 13 area schools participating in all aspects of the production.

The Teen Governance Group (Teen Board) consists of 12 teens, elected by their peers, who work with a group of adult Teen Advisors during the spring to select the show for the following winter. In addition, they organize fundraising events, they serve as mentors for the cast and crew, and they work with the Production Staff to keep things running smoothly. Every cast member has been assigned to a Board Group headed by 2 Teen Board members.

NCCT does so much more than just provide an entertaining theater experience for the entire community. Through NCCT Teens we seek to foster growth, development, and responsibility within our teen membership while having lots of fun at the same time!

How much does it cost to be in the show?

A $25 materials fee is all we charge for the opportunity to be in our teen production. You get 8 weeks of dance lessons, voice lessons, acting lessons, and theater experience for that small fee. It is possible that there may be other expenses incurred for dance shoes, make-up, costume pieces (tights/socks) but we try to limit individual expenses and can help if those additional costs are prohibitive.

We do ask for various donations – either monetary (Teen Angel) or in kind (candy for candy grams, food for back stage) to help underwrite some of the costs of the program but those donations are completely voluntary.

What can I expect at auditions?

Auditions for our teen show are usually the first Saturday in January. They take place on the stage at the Lebanon Opera House. Prior to the start of the actual auditions there is an optional audition workshop led by our Teen Board and Production Staff where you will do some singing, dancing, and get to know some of your fellow auditioners. We encourage teens new to the program to attend.

Auditioners are asked to sing a song and take part in a dance audition. Specific details (what type of song, how long it should be, what to wear, order of events, etc…) vary from year to year based on what our production staff want to see. Details will be posted on the show page as they become available. Generally, dance auditions are done in smaller groups and the other auditioners are not allowed to watch. Vocal auditions are done on stage and everyone auditioning is allowed to sit in the audience and watch. Everyone knows how nerve wracking this can be and is very supportive. Parents are discouraged from attending but may with permission from the Production Staff and the teen involved.

Auditions last most of the day with registration and the audition workshop starting mid-morning and auditions running through the afternoon. Directly following the dance and vocal auditions the Production Staff will determine who they want to see for Call Backs. Those people will be asked to stay to do additional activities (singing, reading from the script, dancing). Everyone else will be dismissed.

Casting occurs that evening and the cast list will be posted on the NCCT website and Facebook page as soon as possible (but likely late in the evening.)

What is the rehearsal schedule?

Specific details will be posted on the show web page but in general the following times are a good guideline:

Who and how are the adults involved?

What should I expect to do as a parent?

What is the Teen Governance Group (TGG)?

Our TGG (also known as our Teen Board) is a group of 12 teens elected by their peers to run the program. With supervision from the Production Manager, Teen Advisors, and NCCT Board, these teens choose the show, interview and hire the staff, organize and run fundraisers, and lead activities for the cast. Freshmen and Sophomores may run for the TGG and those elected stay on for as long as they are involved in the program.

What are some of our traditions?