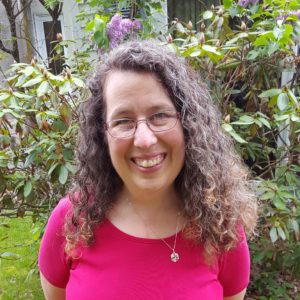 I have been an NCCT audience member for many years. My first behind-the-scenes involvement came when my daughter joined the teen program. I began as a parent volunteer that year, and the following year was hired as Co-Production Manager for Anything Goes. After a few years working on the teen shows, I also joined the board. I have always loved theatre, and am excited to be a part of the process that produces such amazing shows every year.