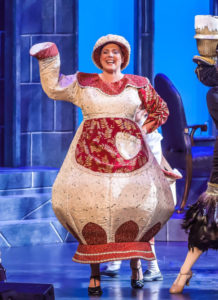 I joined the NCCT family as a nun in The Sound of Music.  I was lucky enough to be able to be in that production with my amazingly talented daughter Julia. I had such a wonderful experience that I couldn’t wait to become part of NCCT. Since then I have been involved in almost every production NCCT has put on in some capacity. Outside of NCCT I direct the drama club productions at Lebanon Middle School. I live in Lebanon with my husband and three children.